DONATE
Our Team
"I liken this Board to a mighty bridge. They connect generous hearts from halfway around the globe to my people in Zambia, and invest in communities that are changed forever, for the better."
— Princess Kasune Zulu, Fola Co-Founder
Our people

U.S. Board of Directors 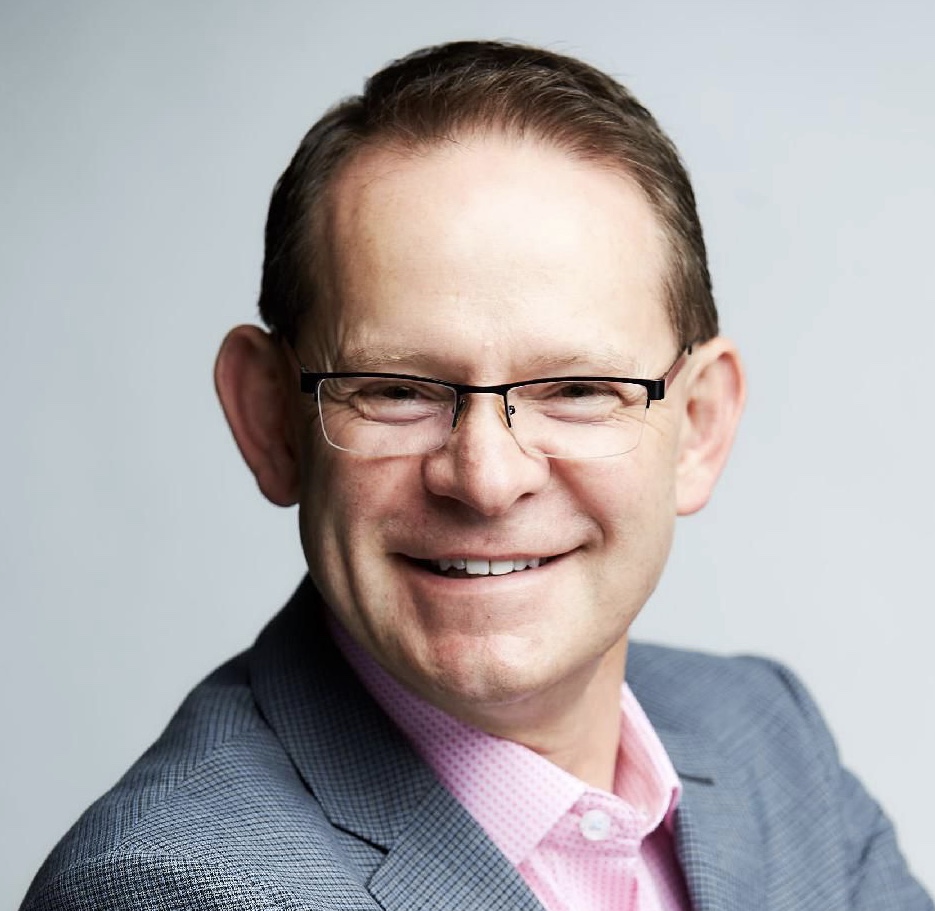 Mark Seymour currently works for Amazon Web Services as Head of Global Sales Events.  In 2009, following a trip to Zambia with his co-founder Princess Kasune Zulu, Mark was compelled to reconnect and give back to a country where he spent a number of years as a child.  At age 4, Mark moved to Zambia with his family where they lived in the suburbs of Lusaka, several hours from the communities Fola is now partnering with. Returning 35 years later, he saw a great need to come alongside the young children in rural communities, who are overlooked and under-served by other non-profit organizations and government social services.  This is particularly true in the areas of clean water, basic access to education and healthcare. As the CEO of Fola, Mark leads fundraising activity in the U.S. and manages a team in Zambia to oversee the portfolio of projects, working remotely and during his regular trips each year. Mark lives in the San Francisco Bay Area with his wife Linh and their four children. 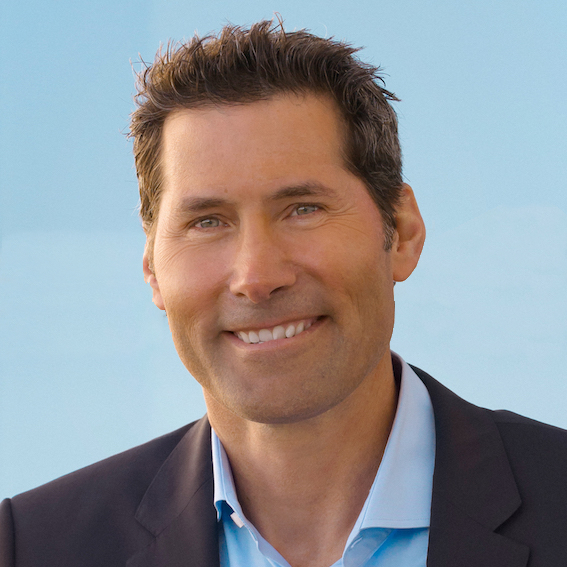 CHAIR, BOARD OF DIRECTORS

Peter Moses is a Sales Operations executive in the High Technology industry who has spent more than a decade working in Silicon Valley for companies like Juniper Networks and NetApp. For the past several years, Peter has been  leading Worldwide Sales Operations at Amazon Web Services (AWS). After graduating from San Diego State University (B.S. Business Administration, Finance), Peter began his career in Management Consulting. Peter has been a member of Saddleback Church in Lake Forest, California, since 1988. His heart grew for international missions via Saddleback’s P.E.A.C.E. Plan initiative in which he completed his first service-oriented mission to Africa -- a trip to Kenya. His passion for Africa continued through his family’s active support of several community projects in sub-Saharan Africa, his joining of the Fola Board in 2013, and ongoing child support through World Vision and Acres of Love. Peter lives in Orange County, California, with his wife and their three children. 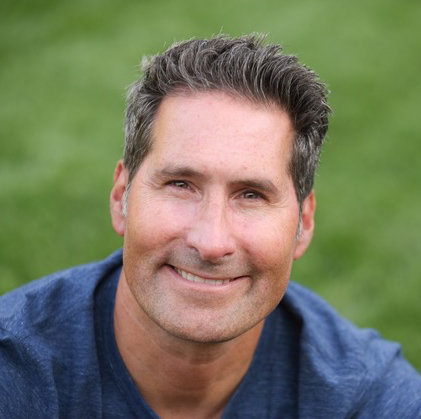 VICE CHAIR, BOARD OF DIRECTORS

John Moses is currently a Senior Director at Google, where he leads Customer Success and Scaled Operations for the Google Health business unit. Previously, John was a member of the Executive Team and the Head of Customer Support for Nest Labs, a division of Alphabet, prior to its integration with the Google Hardware team. Before joining Nest, John was the Vice President of Global Customer Care for Hewlett Packard’s Printing & Personal Systems (PC) division. John holds a Master's of Science degree in Industrial & Organizational Psychology and a Bachelor's degree in Psychology, both from San Diego State University. With almost 30 years of experience in business strategy, operations, and management roles, John hopes to utilize his experience to accelerate and expand the impact Fola can have on the people of Africa. John resides in the San Francisco Bay Area with his wife and three children. 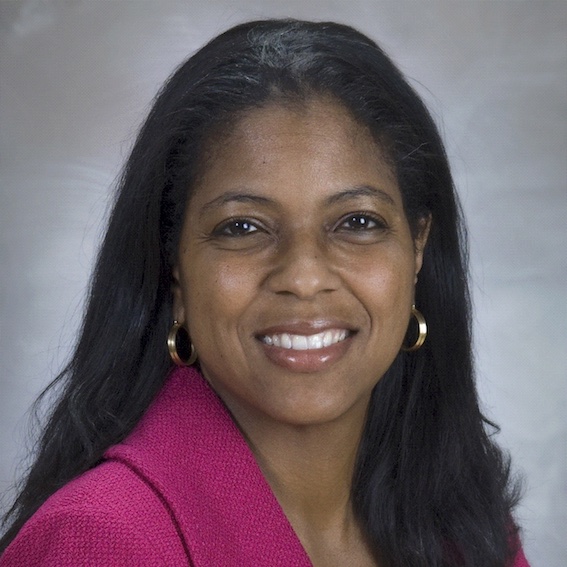 Andrea Hayes-Jordan, M.D., is Director of Pediatric Surgical Oncology and Associate Professor of Surgical Oncology and Pediatrics at UT MD Anderson Cancer Center. She graduated from Dartmouth College in 1987 and earned her M.D. from Dartmouth Medical School in 1991. She trained for 11 years after medical school to become a pediatric surgical oncologist with dual board certification in adult surgery and pediatric surgery and additional training in molecular biology. Dr. Hayes-Jordan has a passion for helping children who are underserved with regards to healthcare and is committed to improving the healthcare of children in Zambia. Dr. Hayes-Jordan is a tenured professor who is presently the Surgeon-in-Chief of the University of North Carolina Children’s Hospital in Chapel Hill and also serves as the Division Chief of Pediatric Surgery at UNC. Dr. Hayes-Jordan lives in North Carolina and has two children. 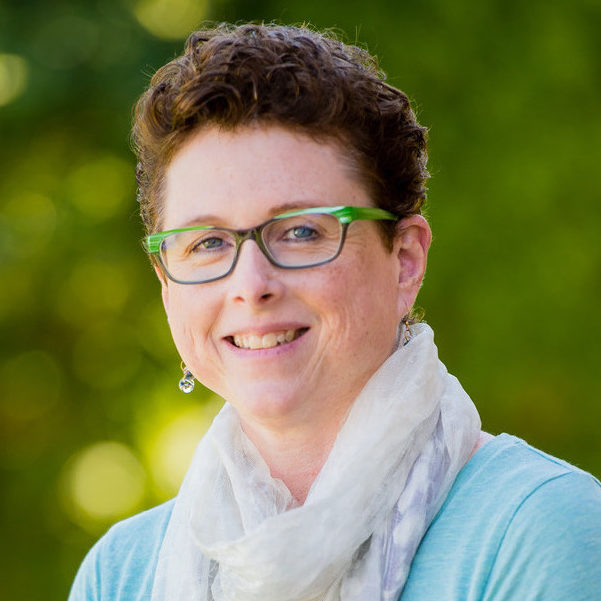 Jodi Weber lives in Fort Wayne, Indiana, with her husband and two teenage children. She works with patients at a local audiology clinic, Hearcare Audiology, and coordinates mission trips for Entheos Hearing Cooperative. Jodi has a bachelor’s degree from Ball State University with an emphasis in Speech Pathology as well as Educational Psychology. Jodi’s passions for travel and helping people led her to participate in mission trips over the years, including those to Wyoming, West Virginia, New Orleans, the Holy Land and eventually to Zambia. 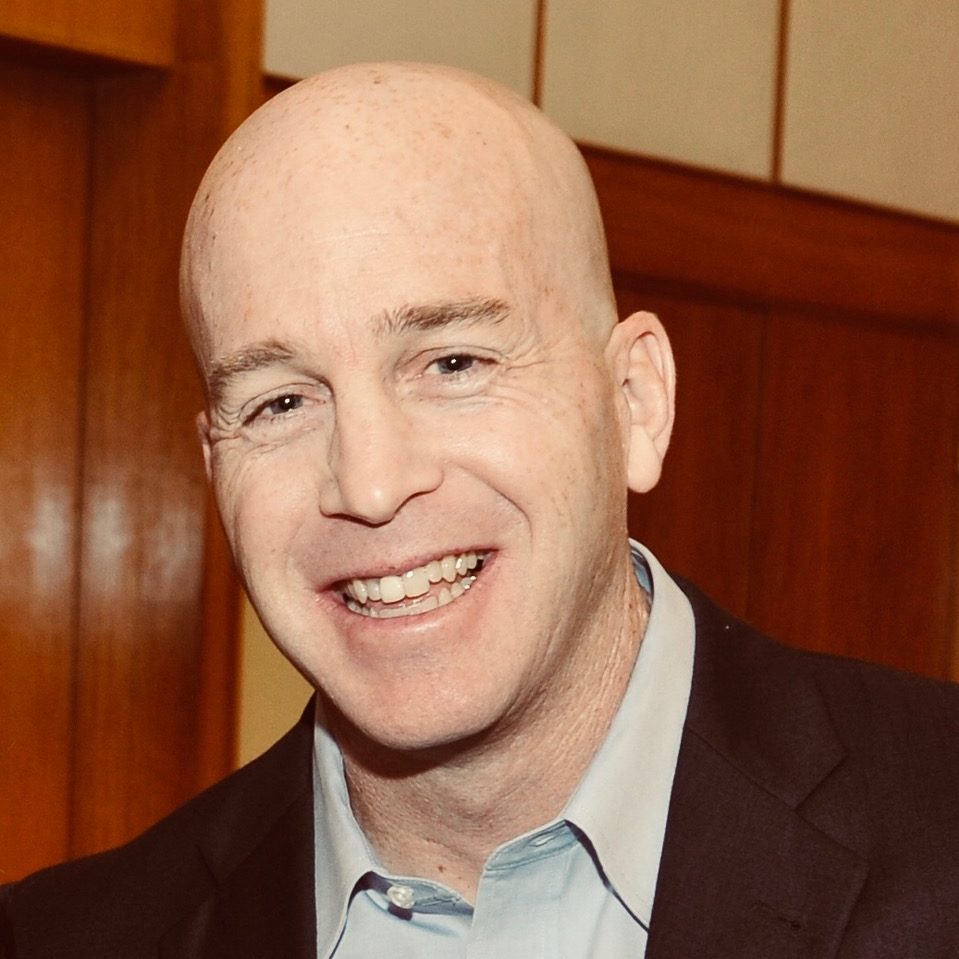 Michael Coakley currently ovesees the Construction Field Engineering and Quality Control divisions within Distribution Gas Operations at PG&E.  With over 20 years experience in a broad range of construction project management roles, he hopes to utilize the skills he’s gained to further Fola’s mission to improve the quality of life for rural Zambians through building facilities for clean water, education and health care. Mike is known for his strong organizational skills, effective communication and proficient multi-project time management. Mike lives in the San Francisco Bay Area with his wife and their two children. In his free time, he can often be found hunting or riding his mountain bike. 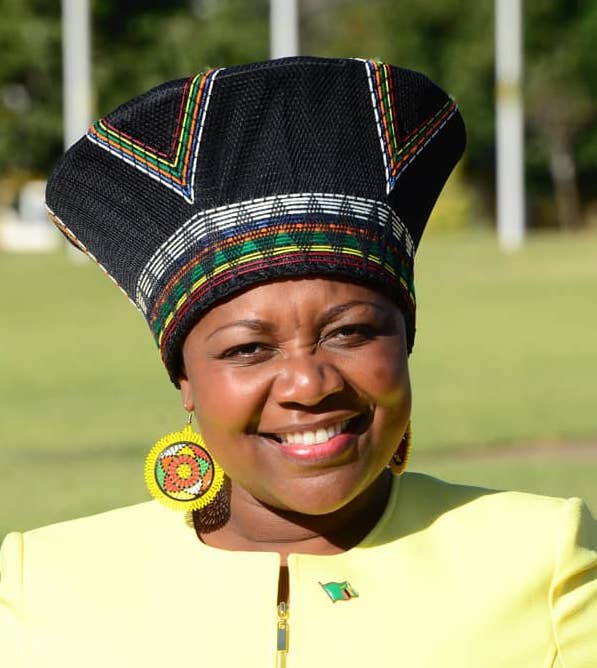 EX-OFFICIO BOARD MEMBER AND CO-FOUNDER

Princess Kasune is a world-renowned HIV and AIDS advocate, author of Warrior Princess (an autobiography), and founder of the non-profit organization, Fola, also known as Fountain of Life Africa, which works with children, orphans and vulnerable children, especially those affected with HIV/AIDS in rural Zambia.
Between 2000 and 2002, Princess hosted a phone-in radio programme in Zambia about HIV called Positive Living. She received many calls from women but, unlike her, none were prepared to give their names over the airwaves. Fear and stigma prevail. Through all the deaths in Princess’s family, the miserable lack of resources, and the prejudice against HIV-positive women, her spirit has remained steadfast.

In her advocacy role, she has spoken for organizations such as the United Nations (UN), World Vision, UNAIDS, UNCIEF, Oxfam, Peace Corp and ONE. Her message has also taken her to the White House where she was part of the delegation that met with President George W. Bush in the Oval Office, which resulted in the $15 billion PEPPFAR (Presidential Fund for Aids Relief) being signed.

In 2016, Princess was elected as a Member of Parliament (area Senator) at the National Assembly of Zambia, representing the Keembe constituency in Chibombo District.  She is both the first female M.P. for that constituency and the first openly HIV positive law maker in Zambia.

Her message is that we can now become the first generation to end extreme poverty, if only we have the will to do so. Her story shows that even though life is uncertain, and our time may be short, we each have a role to play in bringing healing and hope to our world.

Zambia Board of Directors 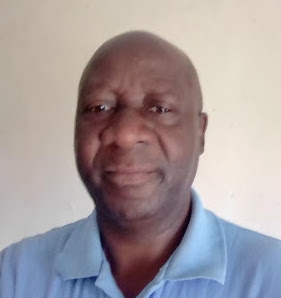 A professional profile for Ngenda Goodson Chakula is coming soon. 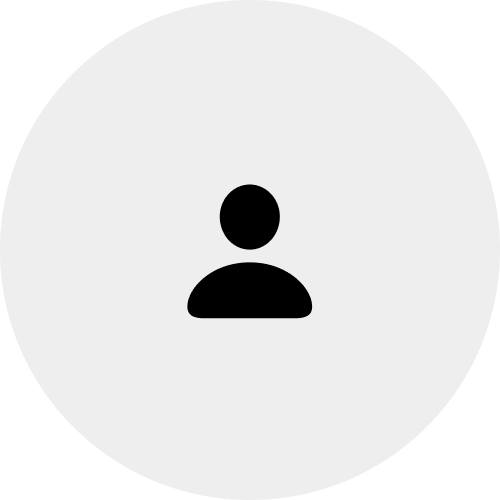 A professional profile for Dr. Susan Chinkuli is coming soon.

A professional profile for Godfrey Mpundu Sekula is coming soon. 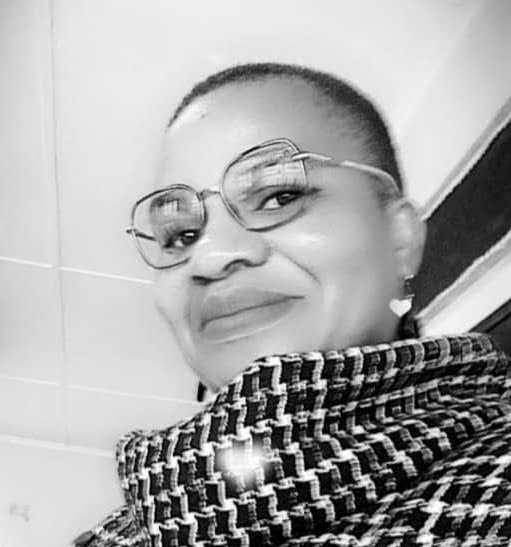 With vast experience as a teacher and leader, Cindy Bridget has accumulated experience of over 20 years working in the Education sector. Her work in the classroom has been with a variety of schools and levels, from Kindergarten through the Primary grades. Cindy Bridget holds a diploma in Early Childhood Development from KAM Teacher Training and two additional certifications in Early Childhood Care and Development, from Zambia Pre-School Association and the Rugambwa Training Institute. She is presently pursuing her Bachelor’s Degree in Education at Chalimbana University.

Not surprisingly, Cindy Bridget’s work experience has gone beyond the classroom, where she has held various positions of leadership and administration. She has been a school Supervisor, a Chairperson for a healthy school environment, a Senior class teacher, a Librarian, a Secretary of a school speech contest committee, and a Chairperson of an examination committee. Cindy Bridget is widely recognized as a tremendous teacher, and appreciated for her warmth, accessibility, enthusiasm, and caring nature. A student favorite, young people know they can approach her with any problem or concerns, knowing that she will listen, offer her time, and be there for them in times of need. 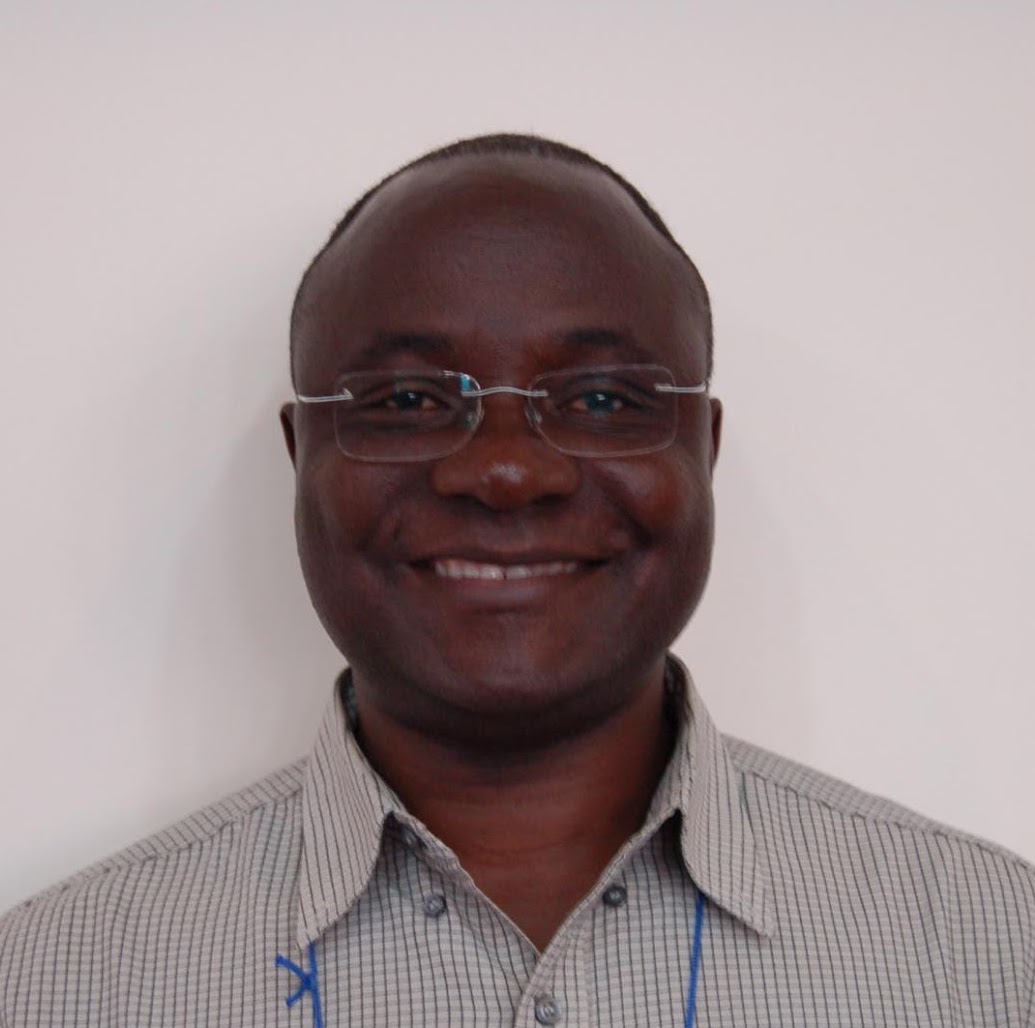 Kanyata is a national of Zambia with vast experience as a leader, manager, and development practitioner over 20 years of working in the INGO and Humanitarian fields, in several countries and at both grassroots and senior levels. Kanyata’s academic credentials are extensive. He has a Master of Arts in Organizational Leadership from Eastern University in Pennsylvania, USA. Kanyata has earned Honors in Development Studies from the University of South Africa and has a Bachelor’s of Education degree from the University of Zambia as well as a Diploma in Education from Kwame Nkrumah Teachers College. Additionally, Kanyata possesses an Advanced Certificate in Development Studies from the University of South Africa.

Kanyata’s work experience has entirely focused in the area of international development. He has held positions of Project Manager and Operations Manager in Zambia, as well as Operations Director responsible for all field operations in South Africa and the Islamic Republic of Mauritania for World Vision International. Kanyata was the National Director for Living Water International in Zambia, as well as a Country Director, for Living Water International in Liberia. He also served as the National Director for Habitat for Humanity International, based out of the Zambia Office. Given his wealth of hands-on experience, Kanyata is well-versed with INGO leadership and in each of the various aspects of leading diverse teams, human resources, finance, resource mobilization, and the broad spectrum of project cycle management. He is passionate about issues affecting marginalized groups -- especially women, children and people with disabilities -- and all issues of grassroots community and international development.
‍ 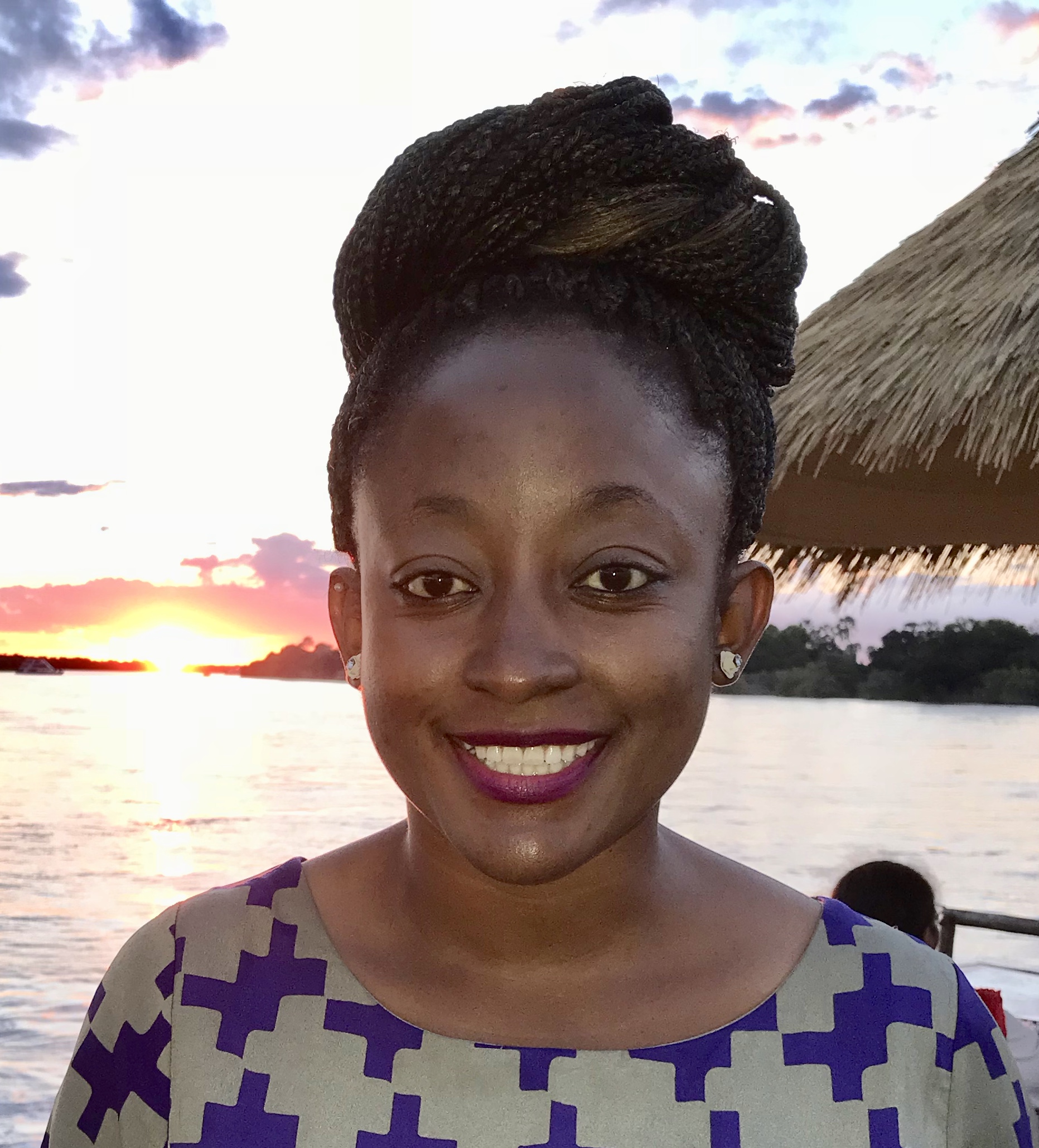 Metrinah has been serving Fola since 2014 and is presently the Program Operations Manager, where she looks after our project delivery in chosen communities. She graduated from University of Namibia with Honors and a double Degree in Industrial Psychology and Sociology.

Metrinah is also a humanitarian activist who is drawn to helping the less fortunate and empowering women and youths within various communities in Zambia through conducting community outreach programs that provide basic needs such as food and clothing. Through activism and food drives in community schools, streets, markets, and impoverished communities -- like Kapisha, Lusaka, Kabwe and Chingola -- Metrinah has managed to feed close to a thousand people including street kids, widows and orphans. Her passion for service started early as a young girl, when she would routinely bring street and orphaned kids home for lunch.

Metrinah is equally dedicated to raising awareness on the effects of climate change. She recently started a movement called #GlobalTreeInitiative which went viral and was effective enough to garner national attention, resulting in Zambian government officials choosing to act by planting trees in various localities. Many others have joined this initiative and since planted countless trees. Metrinah continues on with the cause, regularly engaging Universities, schools, and other academic institutions, further instilling the virtue and value of tree planting in future generations. Metrinah lives in Chibombo, Zambia where she is overseeing and managing many active Fola projects. She is simultaneously pursuing a Master’s degree in International Development.

A professional profile for Teddy Muyemba is coming soon.

Make a difference.
Partner with us as an investor in African rural communities where we are committed to drilling wells, building new schools, and providing basic health care facilities.
GIVE NOW

Fola (Fountain of Life Africa) 2020. All Rights Reserved - 501(c)3 Not For Profit Organization